Hi everyone!  I thought I would share a bit of information about myself just in case you 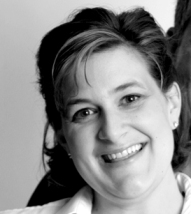 were wondering who was behind ScrappyCanuck Studios.

First and foremost, I am a mom of two adorable little girls and wife to an equally cute (and creative, I might add) hubby! I originally started my blog as a way of keeping myself “honest” about my crafting!  I had received a Cricut as a Mother’s Day gift, and wanted to make sure that I actually used it.  I was hoping my online scrapping friends could help encourage me to “keep on crafting, just keep crafting!”  Things grew from there, as did my scrapping and crafting!  Now, my blog has become a place for me to share lessons I’ve learned and techniques and products I love, as well as projects that I create!  Ultimately, it’s just my place to share all the fun that I am having with paper and glue and even fabric! I hope to keep growing, and hope you’ll follow me along on this journey.

Thanks for stopping by, and I always love hearing from people who have found something of use here at ScrappyCanuck Studios! I also take requests for tutorials! 😉 Drop me an email – kkahler76@hotmail.com

Oh, and if you are here on “official business”, click here to see my crafting resume.

5 thoughts on “About ScrappyCanuck Studios”